Welcome on the new 2017 Easyclix’website !

The EASYCLIX COMPANY, By STEPHANE PLOVIER exists since january, 1st of 2011
and is based on CHAMONIX MONT BLANC to purpose Web creation Service and IT Support

Easyclix is rated by his customers on Google

IT SUPPORT AND IT SERVICES

Easyclix purpose IT Services and IT Support on the cities of
Chamonix / Les Houches / Argentière, Sallanches / Combloux / Passy and Megève
on the Chamonix’Valley and Arve’s Valley.
We could go at home too at Cluses, Magland, Praz sur Arly, etc. (with a RDV, please call Easyclix before)

IT SUPPORT ON WINDOWS, OSX AND LINUX OPERATING SYSTEMS, ON PC, APPLE OR SOLARIS COMPUTERS

Easyclix purpose his IT Support and Service on Linux (on Lille, Lyon, Paris and every others cities in France),
remotely or if you send your computer on Chamonix (Linux service for professionnals and individuals people).

I am a 30 years old man on 2017, and I love computers since I was 9 years old !
I started with PC-Tap computers, and on Windows 3.1 and 95 during the big computer period on 90th
I come from Chamonix and I wanted sinc long time to create an enterprise to help people
in the center town of Chamonix : Done with success after 7 years ! 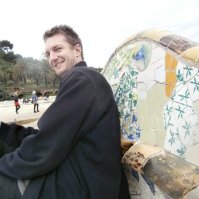